Ain't Nothing But a Little Bit Of Music For Moving Pictures 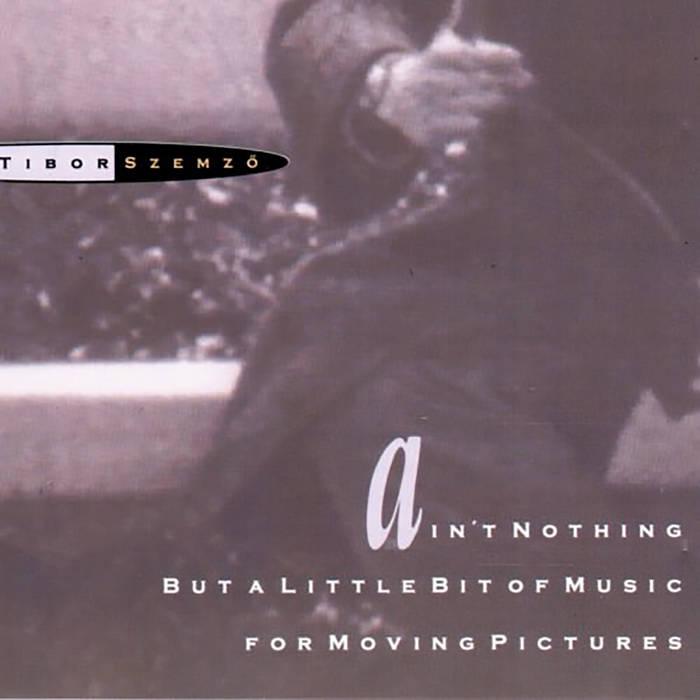 „When he came to Prague in the spring of 1992, Tibor brought with him the mastertape for this CD, and explained to me that this music was originally created to build a sonic image for films that were so special, thay would be impossible to watch without music. You could never tell where the diving line is between music and film, and at first, as the films couldn’t exist without music, the composer was very reluctant to put the music on record separately. Finally Tibor selected 10 sections out of 6 hours of music, from different pieces he made in collaboration with filmmaker Péter Forgács.

In the 70’s Forgács started collecting and editing private movies from the whole era of home movie making, that is from 1920 to 1970. Black and white silent moving pictures reaching over generations; a father films his child from his birth, and later the film follow him changing into an old man. You see the whole local history behind these fates.

From Tibor’s Hungarian point of view, in Péter Forgács Private Hungary film series, you can follow a typical miserable Central European history of 20th century. Behind the family pictures you see war, communism, and other very strange things which are happening daily. “Then you very clearly understand the deep determination of those people,” he says.

For me, Tibor in his soundtrack occasionally gets quite close to my idea of the type of music you would take with you on a desert island; slow-moving melodies that cannot deny the hidden fire; sad-sounding timbres that don’t get tiresome or depressing; a strong combination of familiar structures and freshness that comes through repetition. Actually the most coherent example of this kind of desert island music was presented on Tibor’s previous album, called (obviously with quite different intentions) Snapshot from the Island (Leo Records, 1987).
On this CD, you get some miniature version of that piece – E. G.

Also, Snapshots of all different kinds aybe human islands as seen in different musical and time perspectives. The original intention was: these pieces are not a film soundtrack – here the music is just a way of handling time.”

all music composed by Tibor Szemző
© & ℗ all rights reserved